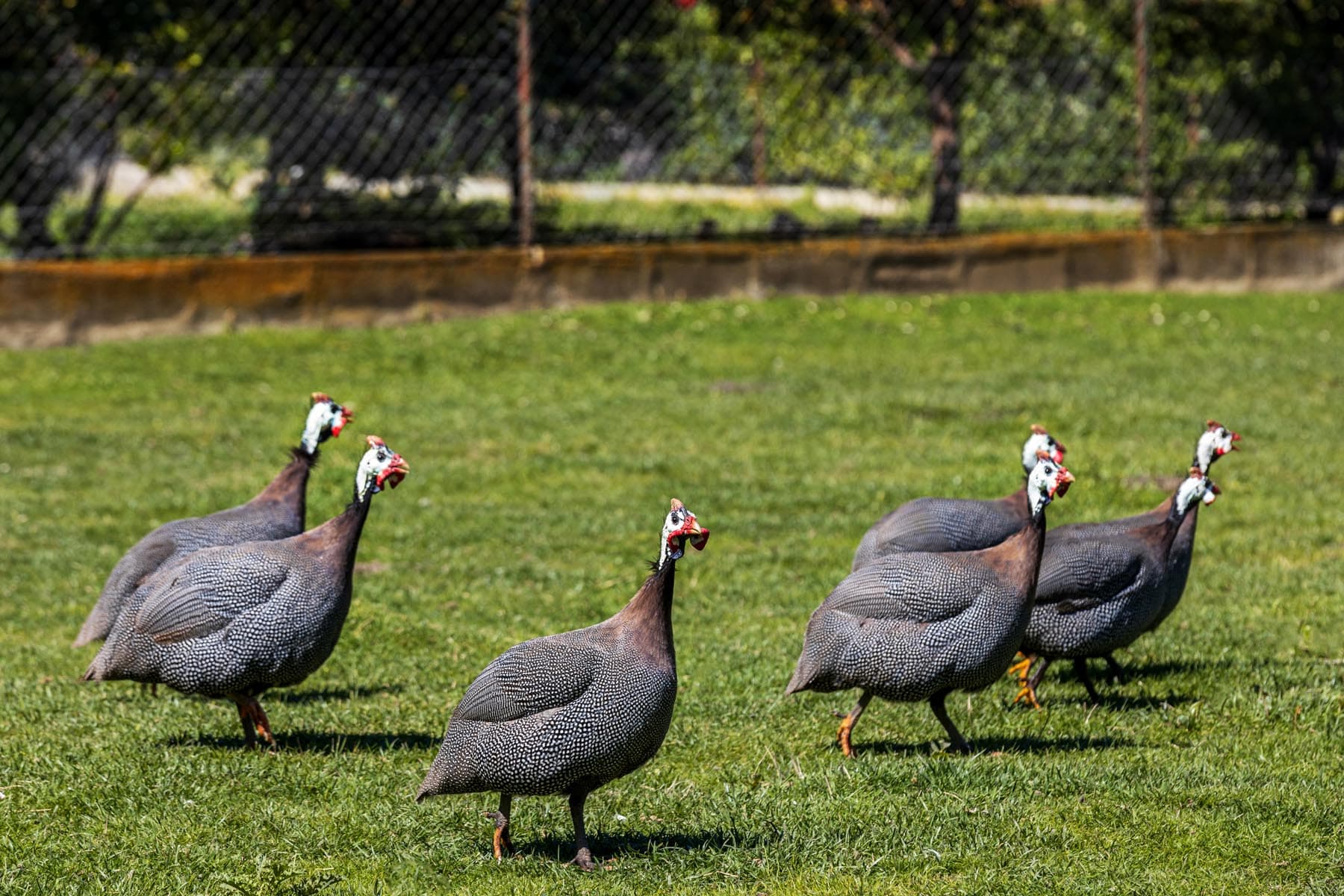 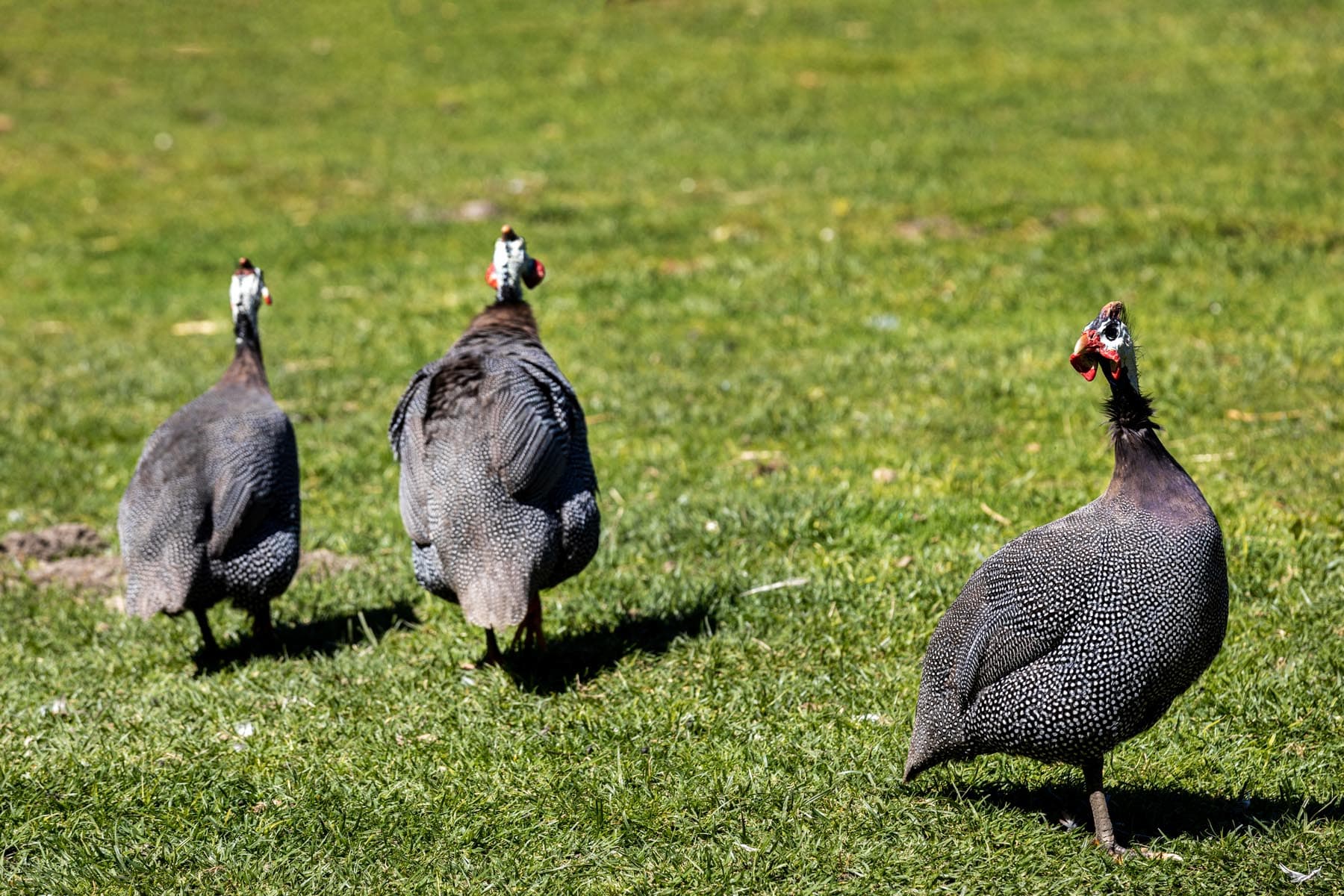 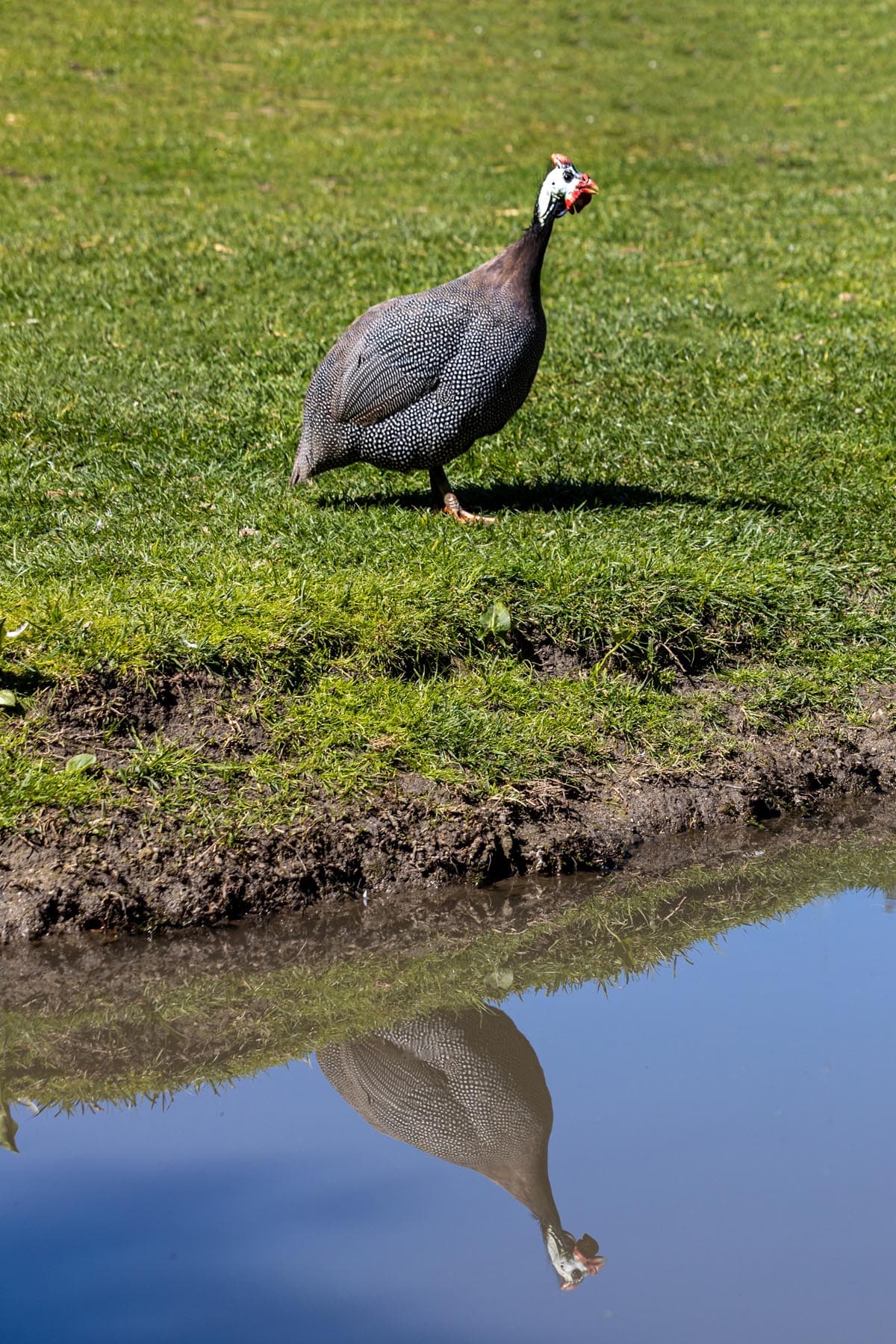 he Guinea Fowl, Pet Speckled Hen or Original Fowl originated from Africa. They are very nervous birds. They live and move in packs and need the pack to reproduce, otherwise they will not feel this stimulus. They are an organized species and have a leader. While they feed, the leader is easily identifiable because it protects the flock. They are granivorous and predatory birds, effective in insect control.

Reproduction: The guinea-fowls hide their nests by laying the eggs in covered layers. However, they are not good mothers, rarely brooding their eggs. They lay together, with broodings of up to forty eggs laid out in layers. However, only the top layers of eggs receive the bird's heat and eventually hatch. The guinea-fowls are restless birds and drag their chicks to wet areas, which can compromise their survival. In captive breeding, it is recommended to collect the eggs and give them to chickens to brood.

They have pebble plumage (dark gray with white balls). The color of the face varies according to the subspecies in question (from white to blueish-white), the feathers on the neck also vary according to the subspecies, some have black feathers elongated to the chest while others have feathers equal to their body pattern. Most adult males have spurs. They have short, robust and curved beaks. The sizeof the bibs also depends on the subspecies and is usually some shade of red. Around the three months of age, they have a bone crest, like a horn, which is pointier and larger on males. 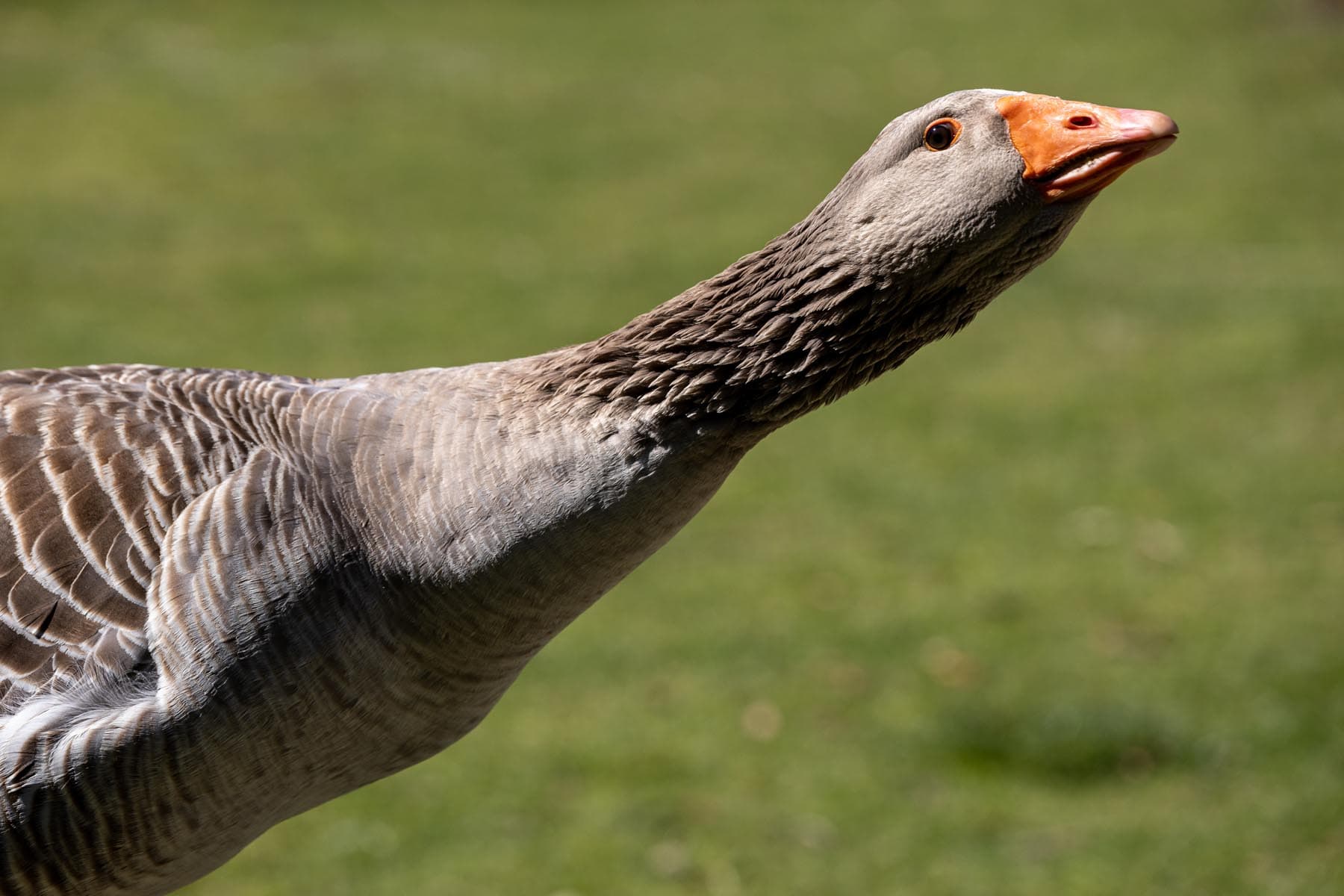 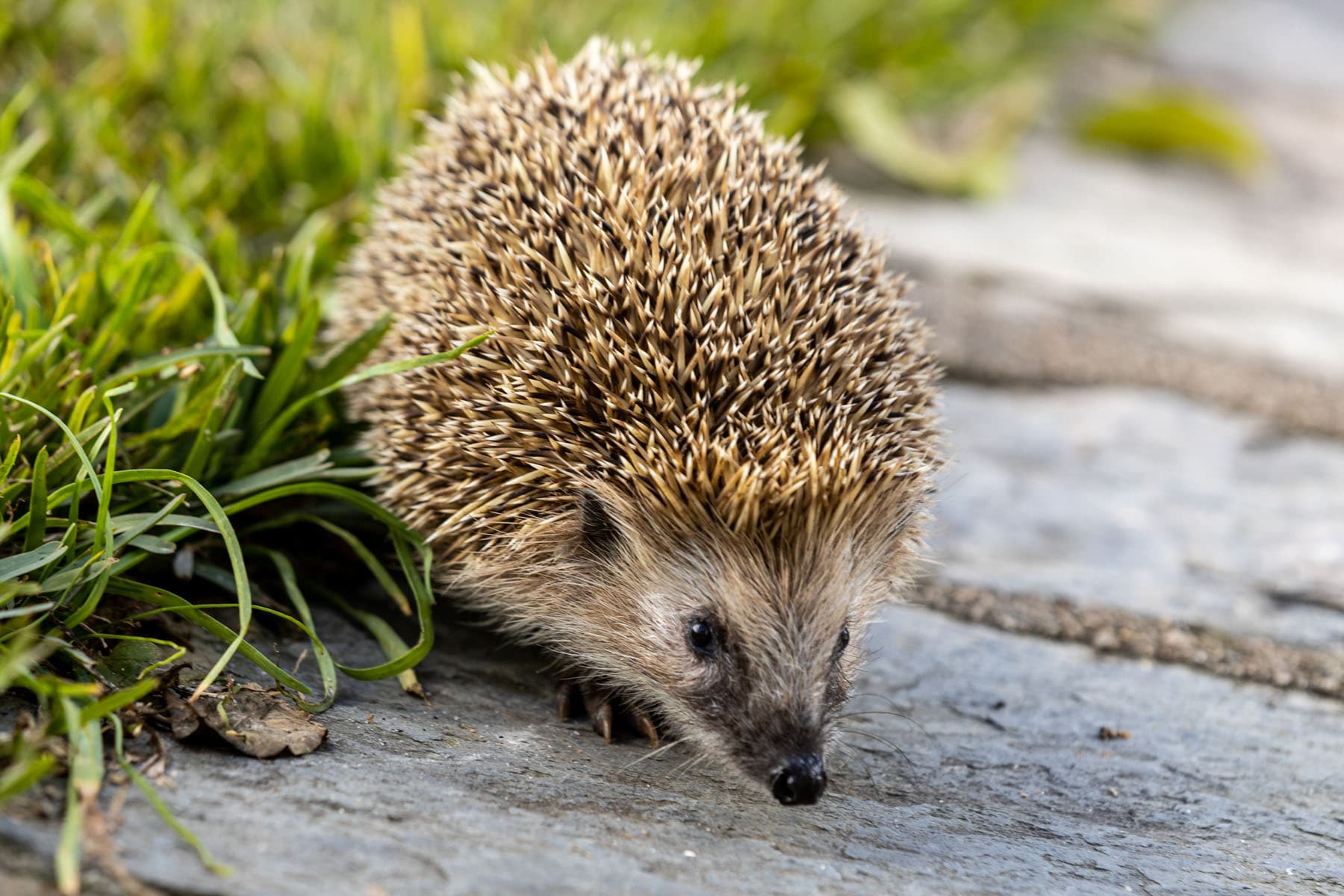